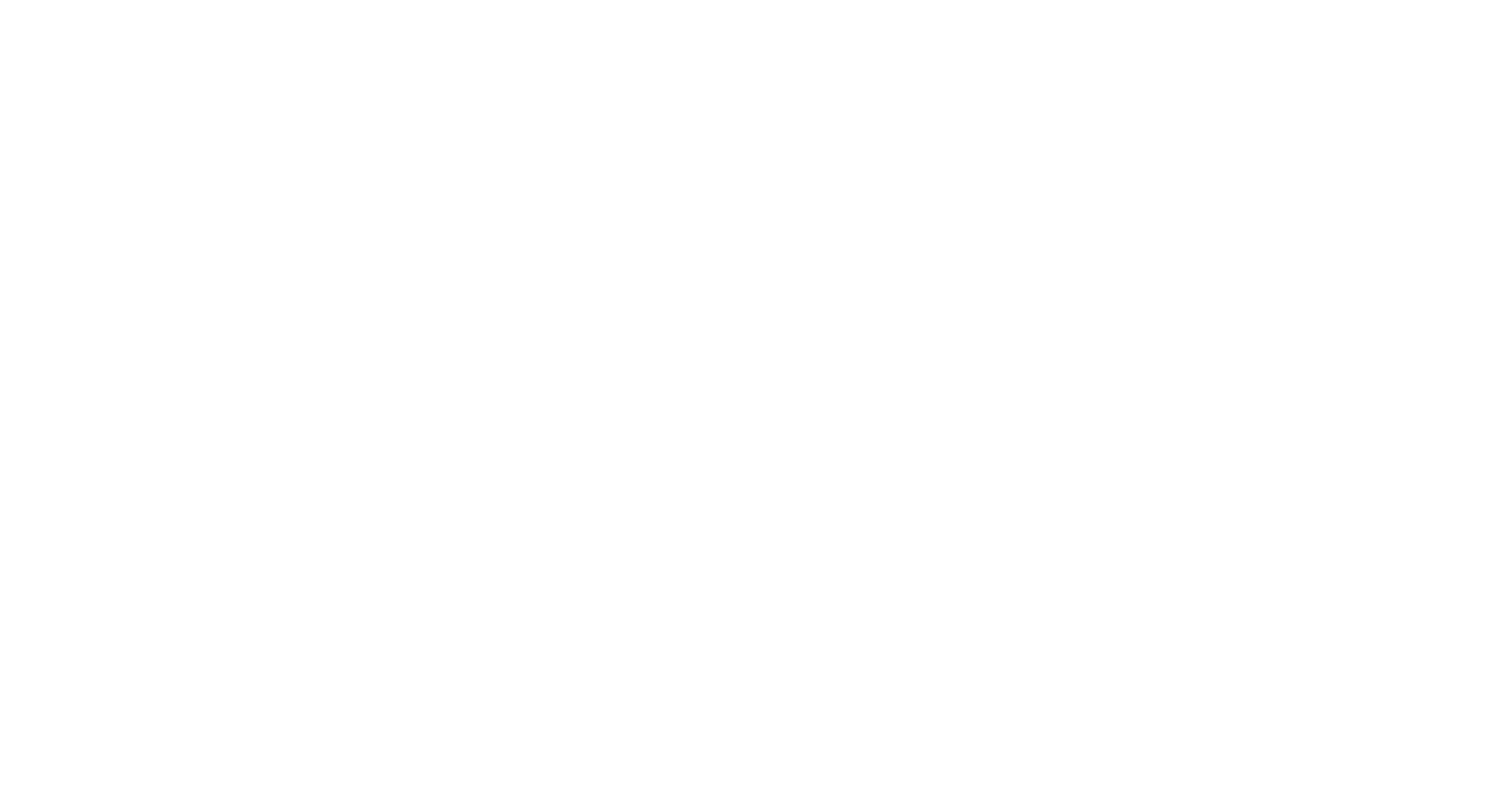 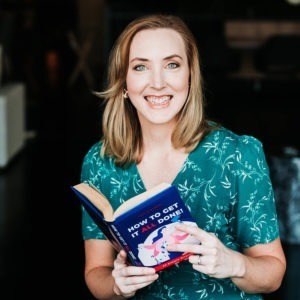 Executive coach Terez Rijkenberg is an MBA graduate, author, speaker, and facilitator who blends productivity and mindset strategies to give busy executives simple ways to overcome procrastination and self-doubt. Terez is passionate about helping people achieve more success without all the stress so that they can create the ultimate life-work balance. 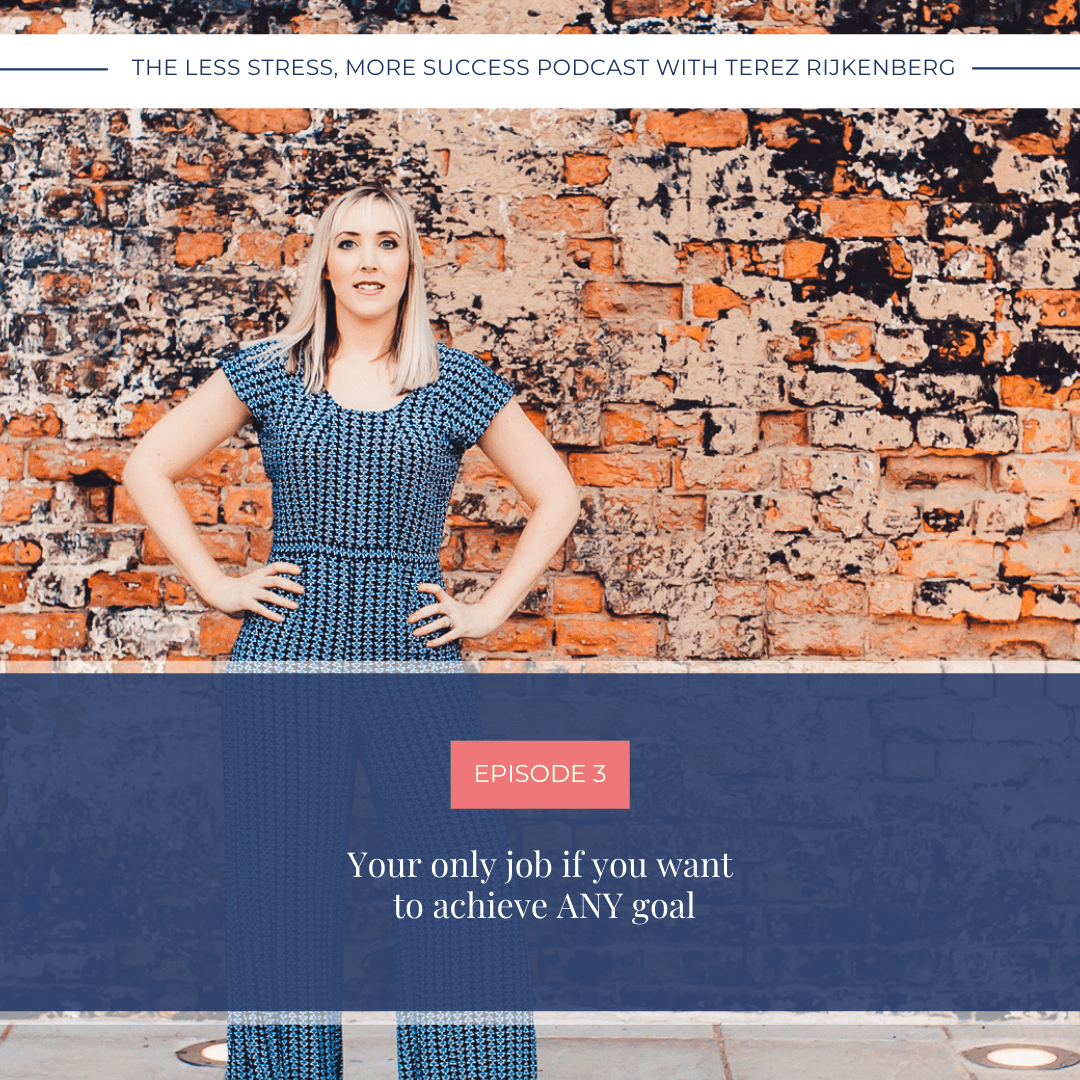 If you want to achieve anything in your life – any goal; any project; any dream – there is only one thing you need to focus on in order to be successful.

it’s so much easier when you just have to focus on one thing right? Yes!

And there really is just one thing.

This is the one thing that is responsible for the most amazing feats of success in the world. It’s one thing that all of us can practice and get better at.

I’ll share that one thing with you right here in Episode 3 of Less Stress, More Success.

LISTEN TO THE PODCAST

Hello and welcome to episode 3 of Less Stress and more success.

I wanted to let you know that if you’re currently watching live – did you know that you can now find me on podcast – so if you sometimes enjoy listening on podcast then head on over to Apple Podcasts; Spotify or Amazon Podcasts to listen.

And if you’re listening to this on podcast and would like to watch one of these episodes from time to time then just head on over to my website: terezrijkenberg.com/3 or forward slash the number of the episode to get all of the videos; podcasts and show notes.

Ok – so in his episode we will be chatting about your only job if you want to achieve any goal.

This is such a great episode if I do say so myself.

There is ONLY one thing you need to focus on.

There’s a great book by Gary Keller and Jay Papasan called The One Thing – where they speak about how important it is to focus on just one thing at a time.

Because it’s so much easier when you just have to focus on one thing right?

Because so often we think that in order for us to succeed in life or progress we need other stuff to help us.

But there is actually just one thing we all need. And if you just focus on this one thing – all of those others like resources and skills and support will be a natural by-product – they will be inevitable.

Here is that one thing: Self-belief

That’s all you need to succeed at anything.

So let’s look at what self-belief means:

The dictionary definition is: self-belief is confidence in your own abilities or judgement.

Self-belief isn’t about our past achievements it extends further than that – it’s the belief that we can do anything we set our minds to do – it’s about the future, our future goals – and that we can go after and achieve our goals because we will not quit until we do.

Self-belief is about knowing that we can always find a way through.

Self-belief doesn’t allow for quitting or giving up or thinking there’s something wrong with me therefore I won’t ever reach my dreams. Self-belief isn’t about excuses either.

Self-belief is the unwavering belief that you will keep trying and that you have your back no matter what. And that if you do fail – you won’t beat yourself up or judge yourself – you’ll just pick yourself up and try again. Find another way. Try something else.

Self-belief is also what you need, to allow yourself to fail. So many of us are afraid of failure or rejection. And we allow ourselves to quit after the first failure or setback. Or even the 5th or 10th setback.  But if you have 100% belief in yourself then failure is ok. 100 failures and setbacks are ok. Because you’ll still continue to believe in yourself no matter what.

You know these stories right:

All of them had unwavering self-belief. They knew they could handle the failure and rejection and continued on.

I want you to ask yourself – in relation to the dreams and goals you have for yourself right now – how long are you willing to stick at it? How much failure are you willing to endure to get there? On a scale of 1-10, how much do you believe in yourself that you can do it?

And if it’s not a 10 – what needs to change in the way that you think about yourself to get it there?

I say this because self-belief is all about you and what you believe about yourself. It has nothing to do with other peoples opinions of you. That’s irrelevant. Those 12 publishers didn’t believe in JK Rowling – and that didn’t matter – she kept going.

So what do you need to believe about yourself to keep going no matter what?

One of the beliefs that I want to offer you is that “You can handle any failure”. Because let’s think about it – the worst part of failure is how we feel. It’s a feeling. Episode 2 of the podcast delves deeply into feelings so If you haven’t yet listened – then do go check it out.

And – the most amazing thing is that being able to handle any failure and setback actually builds your self-belief. You know without a doubt that you can handle the worst thing that can happen. And do it anyway.

The one thing you might be asking is “won’t I be arrogant or narcissistic if I have 10/10 self-belief”?

The answer is NO – because of a simple distinction between those. Arrogance and narcissism are believing that you are better than other people. It’s also all about believing that you are entitled to certain things (like respect and recognition) just because of who you are. Arrogance and narcissism are overconfidence in yourself at the expense of others.

But self-belief is about believing in yourself, knowing you are worthy and 100% in charge of your results. AND believing the same about others – that they are also worthy and capable of achieving their goals and dreams.

The funny thing is that arrogant and narcissistic people very often have little self-belief because they are reliant on pulling others down so that they can succeed.

But self-belief is never at the expense of others – it’s never about belittling others or expecting others to treat you in a different way.

When I was working in a large corporate I remember clearly always wanting to show up as humble. I believed that humility was a good trait – and I still believe this. But I used to downplay my skills and abilities and my belief in myself to seem humble. But humility just means that you don’t believe that you are better than other people.

If you are worried that allowing yourself to have 10/10 self-confidence in yourself will be seen as arrogant or not humble. Then I want you to consider this: When you have unwavering self-belief, knowing that you can achieve those big dreams for yourself, you will actually go out and do it.

You will work on those dreams with more energy than ever and most likely soon or in the future, you will succeed.

I want you to consider that going after your dreams is contributing so much more to the world than holding yourself back – by not believing – being humble.

Your self-belief will allow you to:

You owe it to the world to believe in yourself.

So how do you get better at self-belief?

The great thing to know about self-belief is that it’s a skill. I call it a power skill. And you can build your self-belief with intentional practice.

So your only job if you want to achieve any goal is to believe in yourself.

You can also visit my website terezrijkenberg.com to request a free 30min mini-strategy session to get less stress and more success in your business and for your life.

PrevPreviousEP #2 – The secret of success

Want to know more about how this can apply to YOU?

Why not sign up for a FREE 30-min consultation with me. We will explore your goals, the obstacles that are currently getting in the way and how you can overcome them. It's easy once you have a strategy.
BOOK A FREE CONSULTATION

Want to know more about how this can apply to YOU?

Why not sign up for a FREE 30-min consultation with me. We will explore your goals, the obstacles that are currently getting in the way and how you can overcome them. It's easy once you have a strategy.
BOOK A FREE CONSULTATION 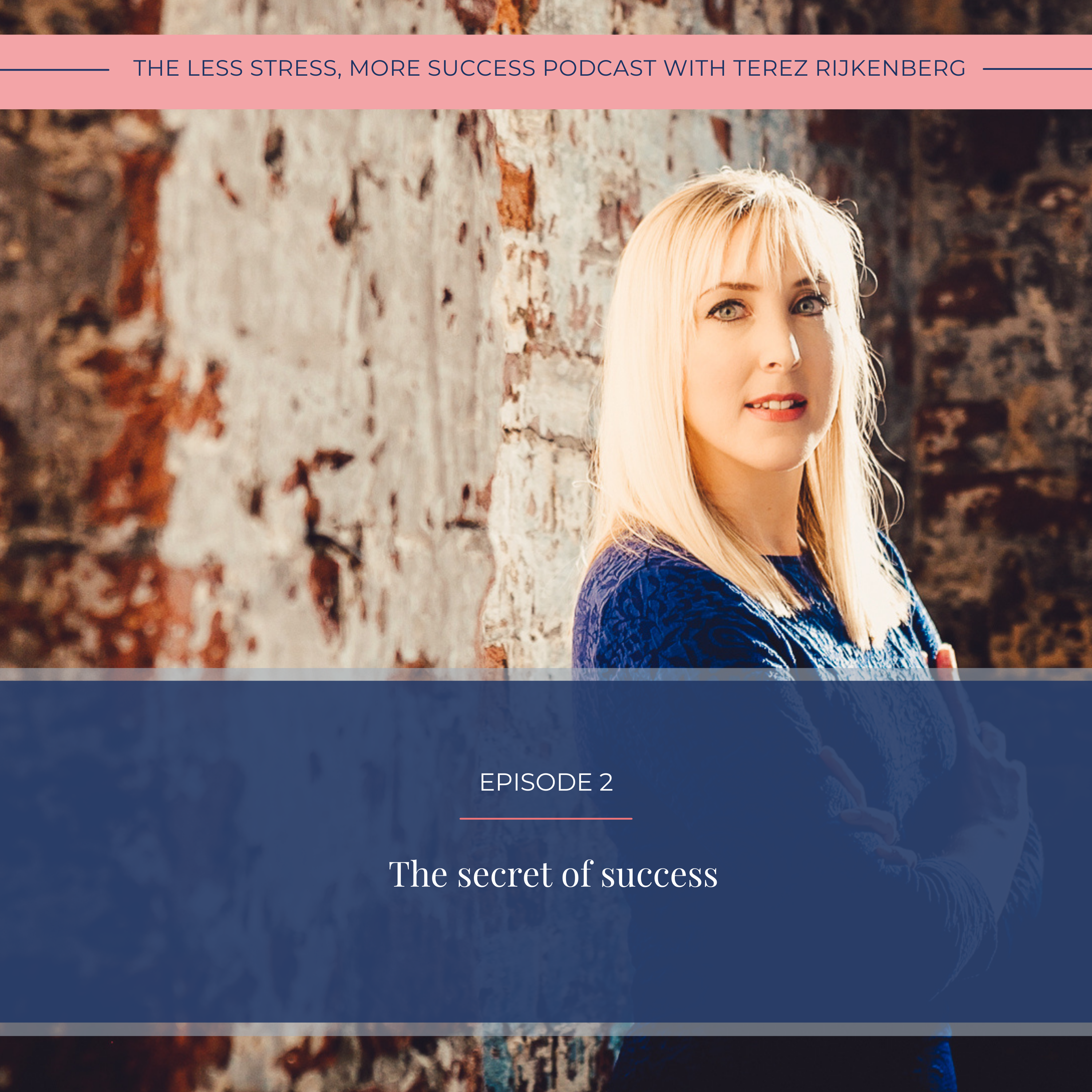 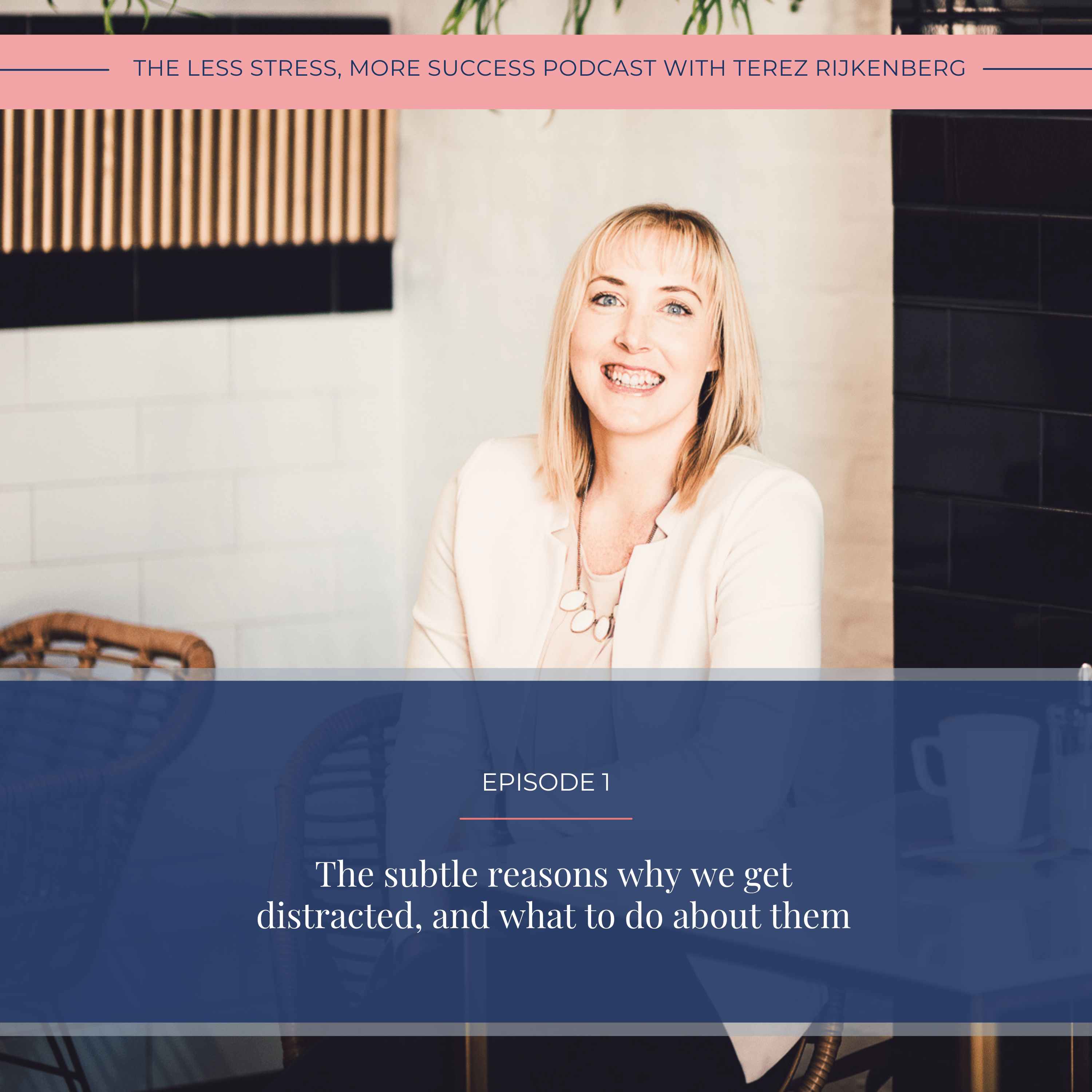 Distraction is one of the biggest enemies of productivity. So why are we so distracted even when we’ve blocked social media notifications and even when we’ve settled down for some deep thinking work? There are a few subtle reasons why